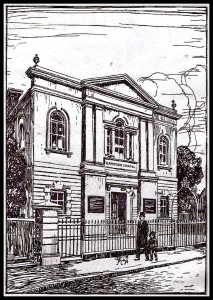 ‘Hampden Chapel’ can trace its roots right back to the growth of the Nonconformist movement in the East End of London during the Victorian period. It was situated in the then ‘St John’s, South Hackney Parish’, and was initially a Congregationalist Chapel built on Lauriston Road in 1847.

It was built to replace the Wells Street Chapel (demolished by 1870) which was founded by George Collision – a tutor at Hackney Theological Seminary (a training college for Nonconformist ministers based in Wells Street at the time). Hampden Chapel was later adopted by the Baptists – probably in 1863.*

Notable pastors of Hampden Chapel include the Reverend John Hillman – who was a pupil of C.H Spurgeon, and John Carter – UK Pentecostal pioneer and former Principal of the Bible College for the British Assemblies of God.

The chapel was sold to the Pentecostal Assemblies of God in 1927. It has continued to grow, and today it is a thriving and dynamic church representing the different cultures and ethnicity in Hackney.

John Onelum was installed as the Pastor/Leader of the church in 2012. 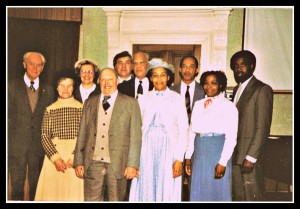 Hampden Chapel has been blessed to have had so many outstanding ministers and church workers over the years. The church today exists because of their vision and commitment to reach the people of Hackney with the Christian message of God’s love.

*More detailed information on the history of the Nonconformist movement in Hackney can be sourced by visiting the ‘British History Online’ website.